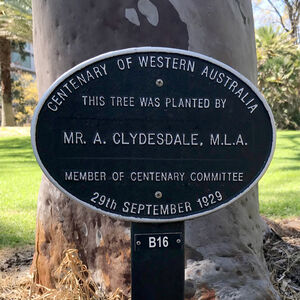 He was articled as an architect and apprenticed to the plumbing trade between 1889-1893.

He came to the Murchison district goldfields in 1894 and worked as plumber in Cue and Mt Magnet.

He came to Perth in 1903, taking over various race tracks and the Goodwood and Canning Park race clubs.

He was largely responsible for legislative Act controlling racing. He was Chairman of the Lotteries Commission, founder and president of the Ugly Men's Association, and worked on a number of causes for soldiers and their dependants.

From 1896, for four and a half years in Mt Magnet, he was the youngest Major in Australia. His parliamentary career as a Labor candidate covered the years 1921-1938.